Sarah Zeryab is a Palestinian artist and filmmaker. She lives, works and studies in Berlin. Currently She is pursuing the Fine Arts program at the Universität der Künste Berlin. Through audio-visual and spatial tools, her work is engaged with narrating and re-narrating the affective and aesthetic materialisations of loss, grief and resistance situated in an analysis of European legacies of Modernity, colonialism, and history production today. 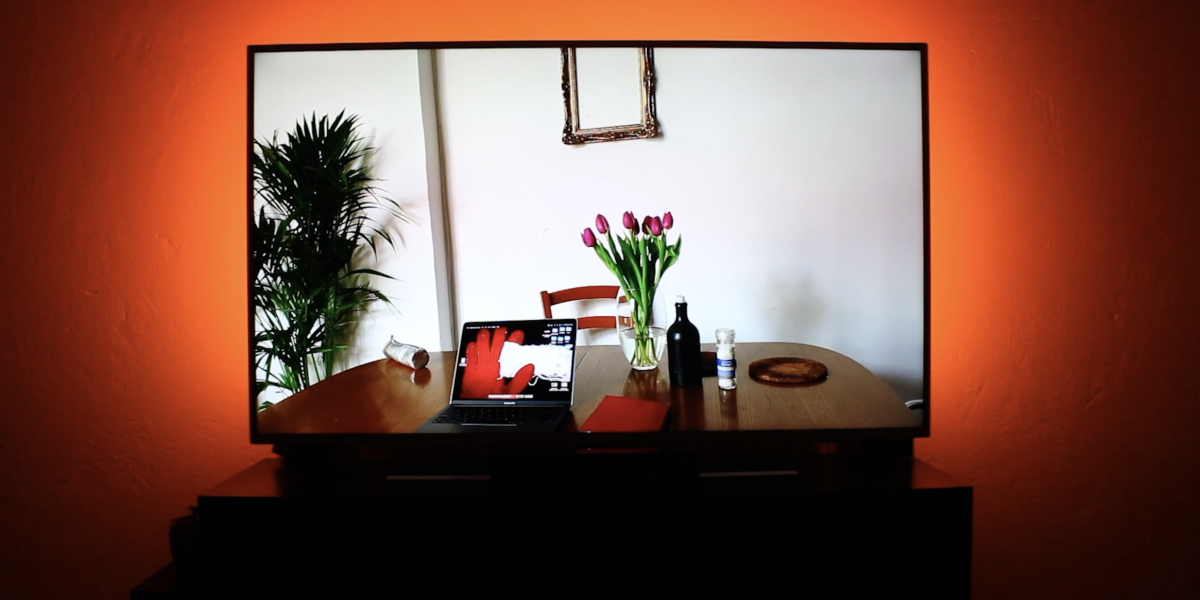 What follows is not a text but a fragmented random image, a circular involuntary motion, which ultimately takes you back to the starting point.

I’ve been struck by the need to write lately. Or more accurately the urge, but I am not sure how to translate “urge” to its Arabic counterpart. Many friends have suggested that I should write when I get this urge. But I am no writer, I am nothing much.

Constantly attempting to externalise and objectify my self, turning the first person active voice into a passive one, so I can know how to deal with me, i.e. my body, as an apparatus wired to the commands of the mind, or I tap my lower part to exert an order to the body.

Everything I write feels familiar, like I have read it somewhere before, in a book, or in an article. It feels like I’m regurgitating somebody else’s writing, recounting what’s already been written. I am not a writer, maybe not even a fan of writing. I prefer play and adrenaline rushes.

A week ago, I had a dream. I was sitting around a table, in an unknown place that is not home; I was sitting in an exposed position and all passersby could see me. I was eating non-stop. Eating, eating and devouring unrelentlessly, consuming uncontrollably. I wanted to stop, and tried to stop but to no avail. I wanted to throw up, but no one, not even myself, could save me from these frantic mechanical motions: picking up the food with my hand and shoving it into my mouth, stuffing myself; devouring, chewing, swallowing. I wanted to throw up. I looked around, my eyes screaming for help, but no one could understand me. In the dream, I was looking at my friend, my eyes reaching out to him for help, to make it stop, but he could not understand, I think he did not understand. That was an internal feeling in the dream, that maybe wasn’t obvious for anyone else.

That dream reminded me both of a movie by Marco Ferrari (La Grande Bouffe, 1973), which I have never watched in its entirety, and a meme that caught my attention on Instagram. 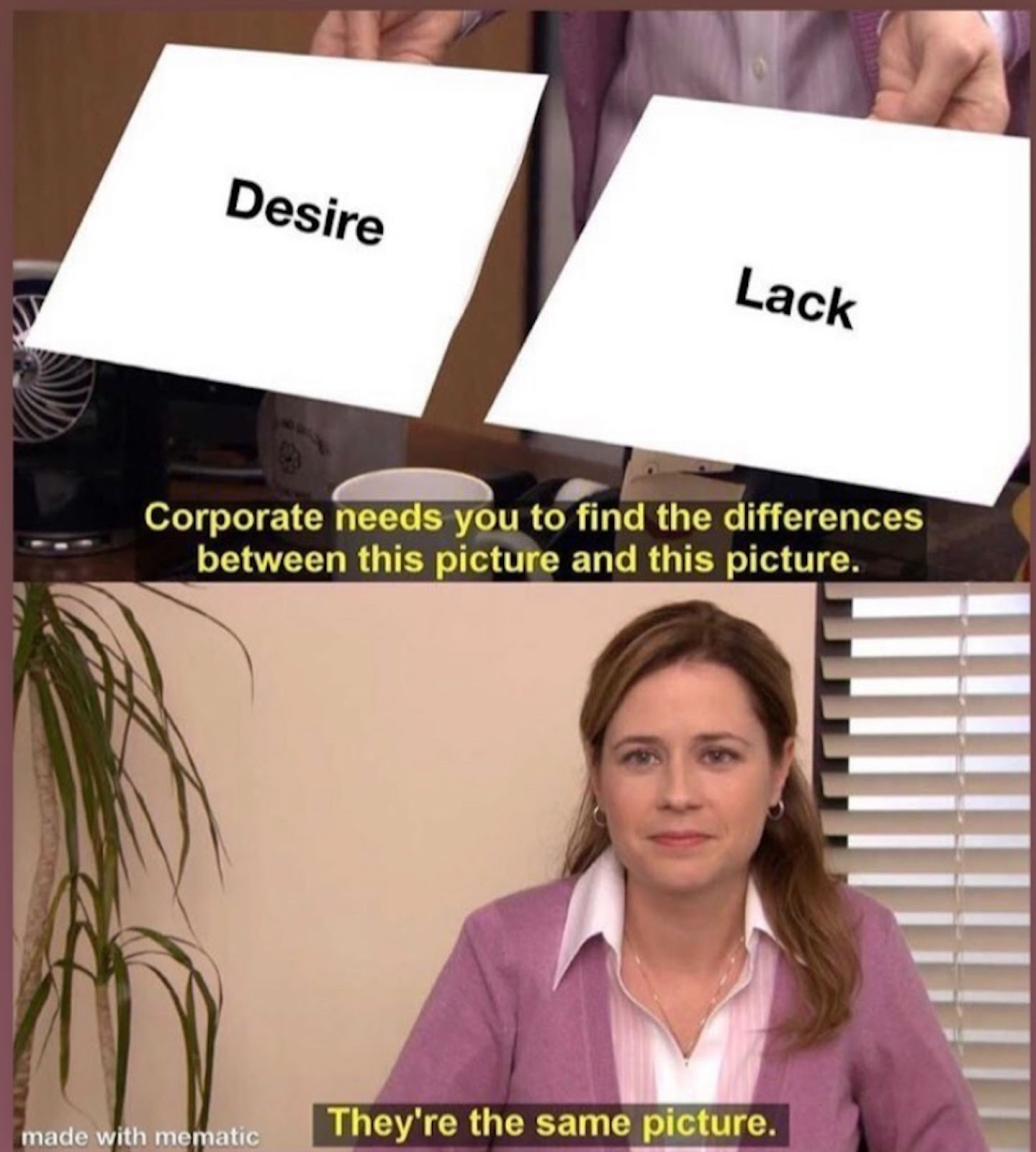 (Image taken from the internet)

For me, memes and words are quite similar; they get lodged in my mind and memory. Words generate images, and memes accurately encapsulate meanings of real and fictitious scenarios that words cannot depict.

When I first started learning German, I was attracted to terms which could not be translated to a precise word in Arabic or English. Its meaning can be translated into a full sentence to describe its real meaning, as the word encloses a whole state of being.

Politikverdrossenheit = alienation from and disillusion with politics.

I am reminded here of a piece written by Islam Khatib on her blog in which she talks about loneliness and political grief, namely the passage where she questions and explores the notions of political vision, hopes, and collective power.

I ask myself these questions and realise that I have lost the ability to coexist without directly confronting the space around me. There’s rejection and floundering from all sides. Being labelled as “radical” when all I can feel is fatigue, inability, disintegration, rejection, and political loneliness.

Islam wrote a piece on political loneliness and isolation which contained the following passage:

Many describe me as being awkward, socially awkward. Which only reinforces my feeling that everything is a performance, a spectacle which requires me to step into the “real” outside world.

I prefer my virtual self, the self that does not have to show up and speak – as an act or event – but just floats in the digital. It is always there, does not sleep, eat, or drink. It is in a perpetually online state, does not seek to be loved, and portrays itself as it pleases. It has many friends – virtual ones of course – sending memes back and forth, while floating and gliding together like mythical creatures in the garden of Eden.

We send each other memes, ridding ourselves from the pressure of speech, and depending on the content of the meme the meaning is extracted. For example Good morning, or I miss you … Cybersex now?

How do we build our queer world in such times of crisis? How do we find our queer spaces? I ponder over this and wonder: Are crises temporary? What happens post-“crisis,” assuming it would end and a new chapter would begin? What is my safe space? Is there a safe space to start with? Virtually and in real-life? In the private or in the public?

I recently realised that I have to explore and navigate the private space, my space, i.e., my home, the domestic realm, in an attempt to belong to things. I am the object being animated in this reality, the reality that is leaning on a slimy transparent secretion whose form is at the edge of collapse.

I am reminded of a poem by Cherríe L. Moraga from the book A Bridge Called My Back:

I lack imagination you say
No. I lack language.
The language to clarify
my resistance to the literate.
Words are war to me.
They threaten my family.

To gain the word
to describe the lossI risk losing everything.
I may create a monster
the word’s length and body
swelling up colorful and thrilling
looming over my mother, characterized.
Her voice in the distance
unintelligible illiterate.
These are the monster’s words.1

I dread wordiness, weak sentences, and losing the words when I need them. Remembering my mother tongue has been a difficult task. I record thoughts on my mobile phone then I will transcribe it  in writing. If this text gets published then I would have accomplished what I set out to do, and if it doesn’t, I would then delete it, and no one else would read it.

I can’t evaluate what I have written/recorded so far. I walk around the room with my phone’s microphone to my lips narrating/reciting what I want to write, with the sound of barking of the neighbours’ annoying dog as background noise.

I forgot what I intended to write about – forgot the motive. I will try to remember. Maybe this text is the film I could not put together; or maybe it is its deconstruction. deconstructing the text, the image, the plot, the drama, and the time.

A few months back, I read, for the first time, Leila Raven’s letter published two years ago on Medium: “An open letter to the former Commune Magazine editor who raped me.”

Leila starts her letter with the following:

“You asked me many times: “Why me? Why do you keep coming back?” I told you that I was listening to my body, and my body was hooked. I didn’t know then, but I know now, that when post-traumatic stress disorder is activated, it can feel a lot like being turned on. When the body is convinced danger is present, it won’t stop searching until it locates the source of the threat. Subconsciously, we repeat the events of the past in an attempt to rewrite the scripts of our lives, to master our trauma, to create a new ending.

For most of my life, I’ve been trapped in an old script.”

Once again, I find myself here in the space of this text/non-text and the still video frames, stuck and oblivious of any spaces outside my screen, navigating and playing, and I wonder if the video will follow the text or if it will complement it.

A fragmented text with burned out and boring images, fatigued and weary but constantly changing, always in parallel with the outside world, or maybe change is part of its nature. My only part is to stare. 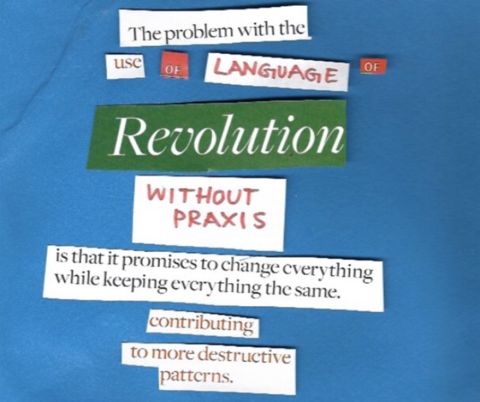