A conversation between Mariam Mazraany and Maya Zebdawi
Author Bio:

Cite This:
A conversation between Mariam Mazraany and Maya Zebdawi. "A Linguistic Conspiracy ". Kohl: a Journal for Body and Gender Research Vol. 8 No. 1 (24 January 2022): pp. 4-7. (Last accessed on 04 February 2023). Available at: https://kohljournal.press/linguistic-conspiracy.
Share: 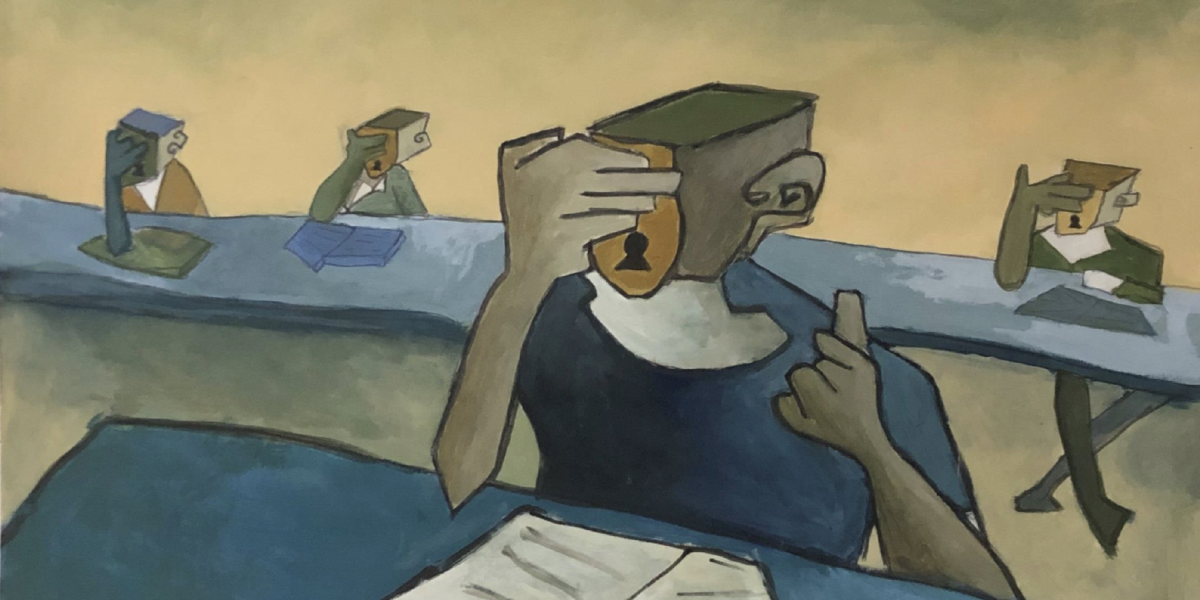 Although the people working in the field of art undertake battles that are very similar to the ones fought by translators, few are the institutions of art that discuss topics such as the ones presented in the issue “Transgressive Translations.” We are all exerting our labor power to transfer abstract ideas from their linguistic constructions to the vast spaces of color, shape, and form.

These drawings aim at translating the idea of “translation as a transcendental act,” keeping in mind the complexity of the meanings attached to this feminist/Marxist understanding. Unearthing symbols of translation is no easy feat. In the literature of art, you would find that the field of translation and the persona of the translator bear almost no artistic symbols that are specific to their being. However, this same translation field is full of symbols that delineate the relationalities of this intellectual act with its material surroundings. Therefore, we resorted to the hurufism school as an aesthetic indication that reminds us of the symbolic problematic at hand. 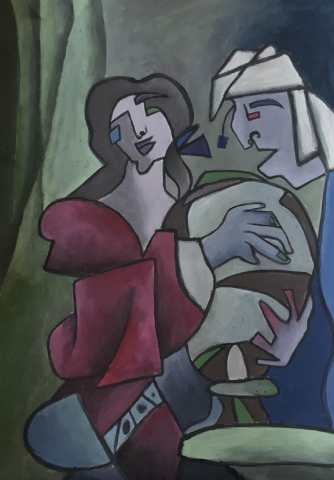 The drawing that we named "The Southern Pandora" is a hybrid of hurufism and cubism inspired by one of the many international paintings depicting the legend of Pandora's box. “The Southern Pandora” is a metaphor for emancipating the translator from the determinants of hegemonic language structures and methodologies. The translator of the Global South is condemned to succumb to what we describe in our articles as the “knowledge production machine” and the “intellectual dependency” status quo imposed on us (the workers), as a function of the doctrine of commodification. Therefore, in the context of our painting, we assume that the Forbidden Box carries within it the tools of "a coup against the hegemonic linguistic system," towards "liberation.” It is a "reverse" symbolism of the intellectual freedom that our peoples have been systematically denied. 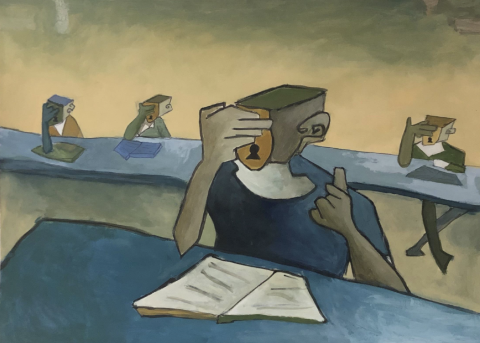 The second painting, which we called a "linguistic conspiracy," deals with the subject of systematic intellectual stagnation in the teaching of language, or what was described in one of the Marxist articles as "linguistic alienation." The translator is key to transcending linguistic and cultural boundaries and to confronting class subjugation, but the knowledge production industrial complex prevents the translator’s subjective self from interacting consciously with linguistic spheres. Accordingly, we emphasize that the translator is an alienated subject in the markets of technocratic translation.

It was thought-provoking that the work on this artistic aspect of the project was accompanied by a teachers’ strike in Lebanon, and the migration and displacement of members of our translation and team, all of which amounted to a tough yet nourishing exchange.

Text written by Maya Zebdawi, the translation manager, based on a conversation with the artist, Mariam Mazraany.