Vol. 8 No. 2 | Winter 2022
"The Ministry of Health warns that smokers are liable to die young"
Editorial

The day we did not die 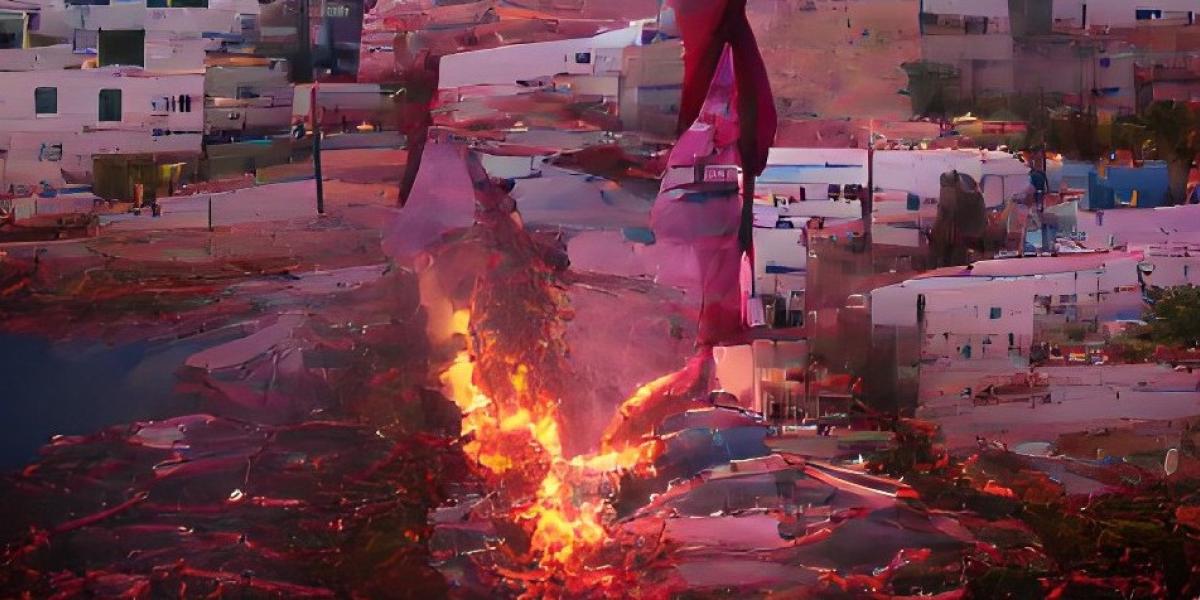 COP27 came to an end, and with it resounded the outcry of disappointment of climate activists and green politicians everywhere. With no meaningful resolutions adopted to drastically reduce carbon emission or slow down fossil fuel extraction, COP27 was a diplomatic catastrophe, especially at a time when we are prompted to act for the environment, and to act now. The UN conference was, in other words, business as usual.

What was also business as usual was the flocking of climate activists, delegates, and state representatives to Sharm el Sheikh to negotiate climate change. For decades, climate activism has been the champion of small gains, until the magnitude of the crisis became too widespread to contain in quantitative measurements. Now that we know that world leaders will not “wake up” to save us or the planet, it is difficult to understand the crushed hopes of climate activists who, while employing the same strategy, expected it to yield a different result. COPs have a sedimented history of failure when it comes to environmental justice: the first COP was already interrupted by protests1 which were swiftly ignored by delegates and states. If anything, COP27 renewed climate activists’ “commitment to non-violence.”2 If the time to act is now, as we are told, when do we stop negotiating?

In liberal discourses on the environment, the Global South is invoked in pitying, paternalistic terms. We are the garbage dumpsters, the unlivable habitats, the flooded cities, the climate migrants, those who will incur the most losses and die the most horrifying deaths. We are never the resistance, and activism seems to happen elsewhere – sometimes in our name, and others, in spite of it.

As militants and freedom fighters, we have sat for decades in meetings where we were schooled on the crisis to come – a crisis always deferred to a time in the future that is too uncertain to mobilize immediate resistance, yet too close to be ignored. The apocalypse is imminent, they say, as if we did not understand it, as if many of us had not already been grappling with the end of times.

There is, at the very least, a century-long history of resistance for land and sovereignty in the SWANA region. From Palestine to Lebanon to Kurdistan, people have resisted through disobedience: smuggling seeds, growing agricultural lands despite checkpoints, protecting water wells with their bodies, keeping ancestral modes of transportation alive, obstructing the construction of dams, sabotaging pipelines… As global climate activists are slowly – and finally – abandoning peaceful pursuits, the resistance to all of authoritarian regimes, colonial powers, settler colonialism, and occupation are not seen as “for” the climate, but for other “causes” to which the environment is collateral. In How to Blow Up a Pipeline, a manifesto for resistance and action, Malm writes:

Devices emitting CO2 have been physically disrupted for two centuries by subaltern groups indignant at the powers they have animated – automation, apartheid, occupation – but not yet as destructive forces in and of themselves.

When I read those words, all I could think of was the garbage crisis protests in Beirut in 2015. Our palms bled from breaking barbed wire fences, and that blood was washed away by the ferocity of the water cannons used by riot police to disperse us. It was in the middle of the summer and many of us protestors did not have sanitary water at home. We choked on teargas, and it was not so different from the foul air and burning garbage we had been inhaling for weeks.

Without radical ecology and the possibility of resistance, climate activism can quickly fall back on the assumption that ecological disaster has more to do with the essence of “nature” acting up when mistreated: hurricanes, typhoons, cyclones, floods, wildfires, droughts, and heatwaves. But ecological disasters are not merely wild occurrings of nature; they are regulated and engineered by the world order. How is garbage different from teargas fired to disperse a protest? Both manufactured as excess, one is to accumulate capital, and the other, to ensure that same capital stays in one place.

Theorists and climate activists have well understood and documented the link between capitalism and climate change: capitalism is ecocidal, and to pull the brake on climate change, one must dismantle capitalism.3 Can the same be said of festering systems of power? COP27 did not bring about the rupture sought-after by climate activists, but it inadvertently put that question to the test. Alaa Abd El-Fattah, who started a water strike in the midst of one of Egypt’s worst water crises,4 intended to be freed during COP27, or die trying. If states failed Alaa, as they do millions of prisoners who die forgotten mere kilometers away from COPs and diplomatic meetings and state functions, prisons as an industry of authoritarian repression and capitalist profit made headlines at a conference on climate change.

Becoming acutely aware of the environmental crisis or even capitalism can and often does lead to climate fatalism and/or despair, as if all that is left for us to do is “learning to die.” But to borrow from Ruth Wilson Gilmore,5 we do not have the luxury not to imagine an end to the current world order; we do not have the luxury of despair. We already know how to deprive our bodies of food and water. We already know how to die in contexts of never-ending wars fought for oil and resources. But we also know how to live and resist. Something to hold on to, for there is a war, and it is happening now.