Ghiwa Sayegh is a queer feminist writer, independent publisher, and archivist. She is the founding editor of Kohl and the co-founder of Intersectional Knowledge Publishers. She is pursuing an MA in gender studies at Université Paris 8 Vincennes – Saint-Denis. She is passionate about queer theory, transnational circulations, and imagined or unknown histories. Her influences are Audre Lorde and Sara Ahmed. 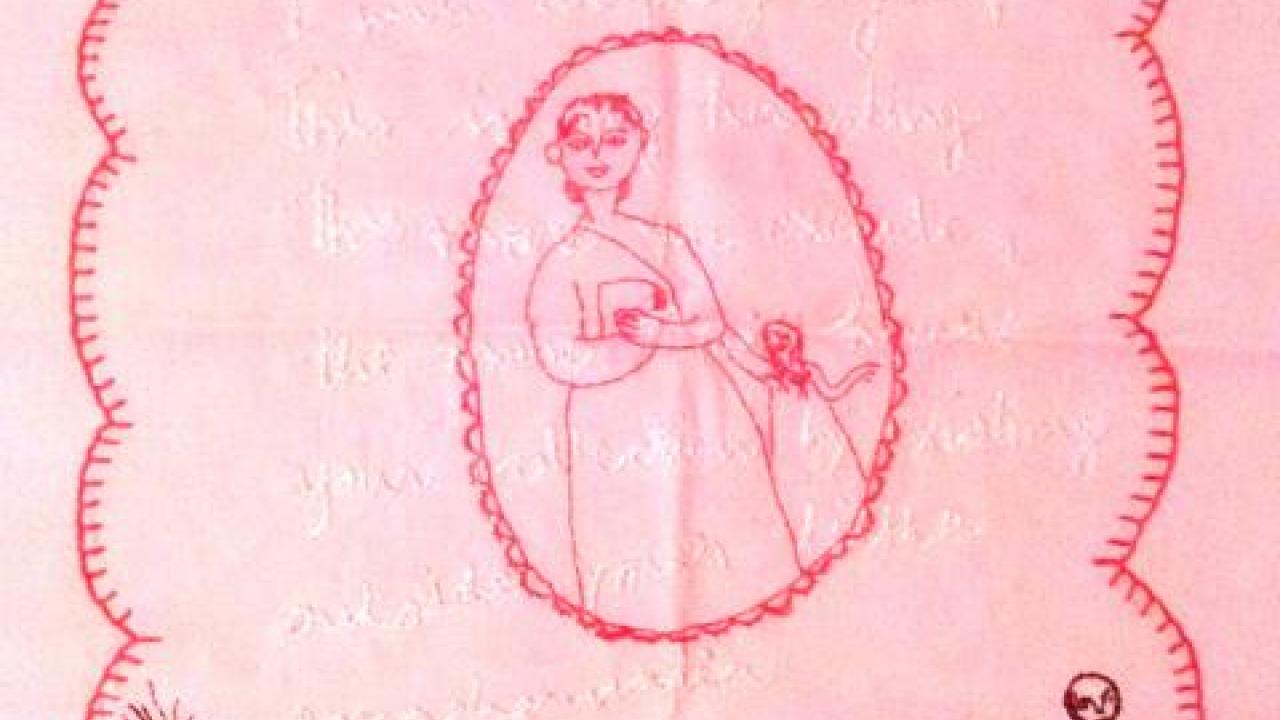 “I will display myself. This is my haunting."

Why assemble counter-archives? What does this work of building take away from us in return? How long are we required to dwell in the master’s house,1 and at what cost? This issue was initially named “A Revolutionary Archive of 2020;” its call opened with the following sentence: “In 2020, we came apart.” We had experienced Lebanon’s 2020 as a series of disruptions that we liberally referred to as “crisis:” hyperinflation and currency devaluation, a pandemic under crumbling infrastructures, an explosion that ripped through the fabric of (our) reality. Some of us were forced out, while the conditions of life under economic warfare2 closed in on others.

It did not take us long to hit two walls: first, none of us could write about trauma and dispossession as belonging to 2020 – they were, and still are, ongoing. Second, as deep as those disruptions run, as harrowing as they seem to our perception of the world, Lebanon is no exception to a global system that relies on extraction, fossil fuels, predatory banking, and the exploitation of people’s labor and their meager gains for the hoarding of the few. News about Lebanon became habitually relegated to the list of “foreign places where bad things are happening.” We, also, assimilated “crisis” as ordinary, albeit differently: a new order of things. We had to come to terms with the cruel optimism3 of archives, regardless of how revolutionary they might be.

With the issue Queer Feminisms, we had learnt that circles were the methodology we wanted to keep bringing back to life. So we called for a collaborative writing circle of queer feminists in/from the South that met virtually almost every Saturday for about three months. Early on, our co-conspirators expressed their nervousness and discomfort around being made to embody the archives that are built on our exclusion. My own anxious desire to keep a record of every detail, to capture exchanges, to trap magic through technology was equally cut short, when Hanna Al-Taher said she did not wish for our time together to be recorded. “We do not have to record every single thing – we can just be,” I remember her say. I started letting go. I would prepare a sort of “agenda” to fall back on, in case something goes wrong, in case the magic suddenly dissipates, in case silence becomes impossible to bear or break. Yet, sometimes, we would sit virtually together without words, exchanging digital reactions and hearts, sharing links to the poems and songs that sooth us. Not only was it okay, it was also terribly intimate. Other times, we would close the circle early, too worn out by the different realities we were made to live: COVID-19, settler colonialism, economic collapse, migration and exile, authoritarianism, environmental erosion, death. We wrote together, all chaos and affect and collectivity; we invoked some of our realities as ghosts in “Fuck the Fucking Lines.” I will not list them here – I am tired of us, co-conspirators, being treated as checklists of misery – but each text that is woven into the issue speaks of their or our situatedness in the world. Geographically, politically, affectively.

I caught myself worrying over whether we, through counter-archives, were simply recreating a more insidious form of cruel optimism. Would counter-archives become the obstacle to countering archives? Would they bring about other exclusions that are yet to be accounted for, but rely on the same methods of extraction and overproduction? With Srila Roy, who joined one of our circles with abundant generosity and engagement, we discussed our fear of counter-archives being exclusively circulated amongst transnational radicals who belong, still, to a class of “intellectual” elite. Then, Lauren Berlant left us in June; they continue to be mourned fiercely across circulations and localities. Two weeks later, as I was visiting home, teta, my maternal grandmother, died.

In her final hours, teta was rattling for breath; her skin felt like a cloud to the touch: moist and vaporous. She then fell very quiet, mouthing her favorite songs as her gaze drifted off. The next morning, I found myself awkwardly sitting by her open coffin. All I could think of was the anxious question of Wazina Zondon’s mother: “Who is going to bury you?” At the writing circle, back in April, we had coincidentally named ourselves the “Teta Research Network.” Hanna wanted to collect our tetas’ stories. Debarati Sarkar found herself to be “a teta at heart.” There I was, sitting with mine, in silence and death.

During the same period of time, we were dealing with another “crisis” – that of care within the communities and spaces we create for ourselves. I speak of failure the way J. Daniel Luther does: to resist the coherence of success that pervades the dominant archives.4 On a structural level, the sheer pressure and immense, at times useless, labor of administrative work, bureaucracy, management, and having to keep our funding afloat, despite our worlds falling apart, had taken the care out of the work that we did. The logic of it was infuriating: in order to build counter-archives, we needed the tools and resources of what we sought to destroy. “Professionalization,” which is another word for NGOization, became part of my daily lexicon and conversations – a pressure towards being realistic, also read as giving into systems that have prevailed or succeeded under capitalism because an elsewhere5 is either too ephemeral or can not come fast enough. Commitments had been made and our livelihood depended on them. Sometimes, it was professionalization as care, and other times, professionalization and care; yet, our burnouts persisted.

We sank deeper into band-aid solutions to infrastructures we neither own nor have any power over: internet access off-grid, temporary offices, power banks, alternative bank transfers and cash flows, anticipating unpredictable electricity cuts into our schedule. On many days, I would question whether there was any point in carrying on with this work, in waving “counter-archives” as a finality, a solace to look forward to. We are entangled in global economic systems that push for and seek shows of productivity – a need to see something, anything, a product, an output, an impact, a statistic, an indicator of change.

It is in moments like these that I go back to Sara Ahmed’s words the most – a compass, a reorientation. In Living a Feminist Life (2017), she tells us: “I think of feminism as a fragile archive, a body assembled from shattering, from splattering, an archive whose fragility gives us responsibility: to take care” (p. 17). A revolutionary archive is ephemeral, as Barbara Dynda reminds us. Perhaps this is one of the hardest forms of accountability we can practice in the work that we do: taking care, so we can then care for each other. Sara’s counter-institutional archives do not have to necessarily happen outside of institutions (although they can) – they become sentient with a door closing in our faces, walls that we come up against, tables where we do not have our seat. To account for failure is to acknowledge, also, the doors, walls, and tables we contribute in sustaining by our presence and histories.

Shortly after her death, teta visited me in dreams, and I was disturbed by her inability to speak and her looks of distress. I realized I did not have time to grieve her. I came across “the journeys of theory,” a talk by Elsa Dorlin,6 by chance (or by fate). Elsa speaks of spending time in dominant archives – the way we dwell in the master’s house, the way we spread in places where our very presence is not welcome – to recover memory, to seek our own archives in-between the silences, the gaps, the cruelty, the bureaucratic laziness. She links the work of assembling the counter-archives to conversing with our dead, the invisibles; such a conversation requires of us to hear and see differently. For days after, I attended to teta’s ghost, a different dwelling. I could catch the disapproving clicking of her tongue when I did not care for myself the way she would. She judgingly gauged the frozen goods I was heating up. “Is this food, teta?” she would ask. My apartment was filled with her candid laughter whenever she couldn’t comprehend some of the aspects of hypermodern life in Paris. When we were both ready, she became less “material,” more ghostly, ever-present.

To embrace grief7 is to remember.

If recovering memory – both of our archives, of our dead – requires different seeings, as Elsa tells us, then counter-archives work against the logic of productivity (rather than against the materiality of archives). The writing circle’s use of technology was purposely useless – a different use of the master’s tools (Ahmed 2019), bringing neither profit nor value to accumulated capital. I am reminded of Keguro Macharia’s interest in the indifferent native:

This native haunts colonial archives and, if you check, recent NGO reports. This native fails to speak in the correct way. Chooses not to answer questions. Rarely shows up. Shows up when not expected. Offers banal observations – perhaps about flying termites. […] Perhaps the indifferent native simply wanders off. (2016, p. 188)

Devich-Cyril, Malkia. “Grief Belongs in Social Movement. Can We Embrace It?”  In These Time. July 28, 2021. https://inthesetimes.com/article/freedom-grief-healing-death-liberation-movements