Ilham Hammadi is an Iraqi feminist activist and doctoral student at the University of Saint-Joseph Beirut. She previously graduated from the University of Baghdad. Her current research concerns Islamic feminism in Iraqi society. 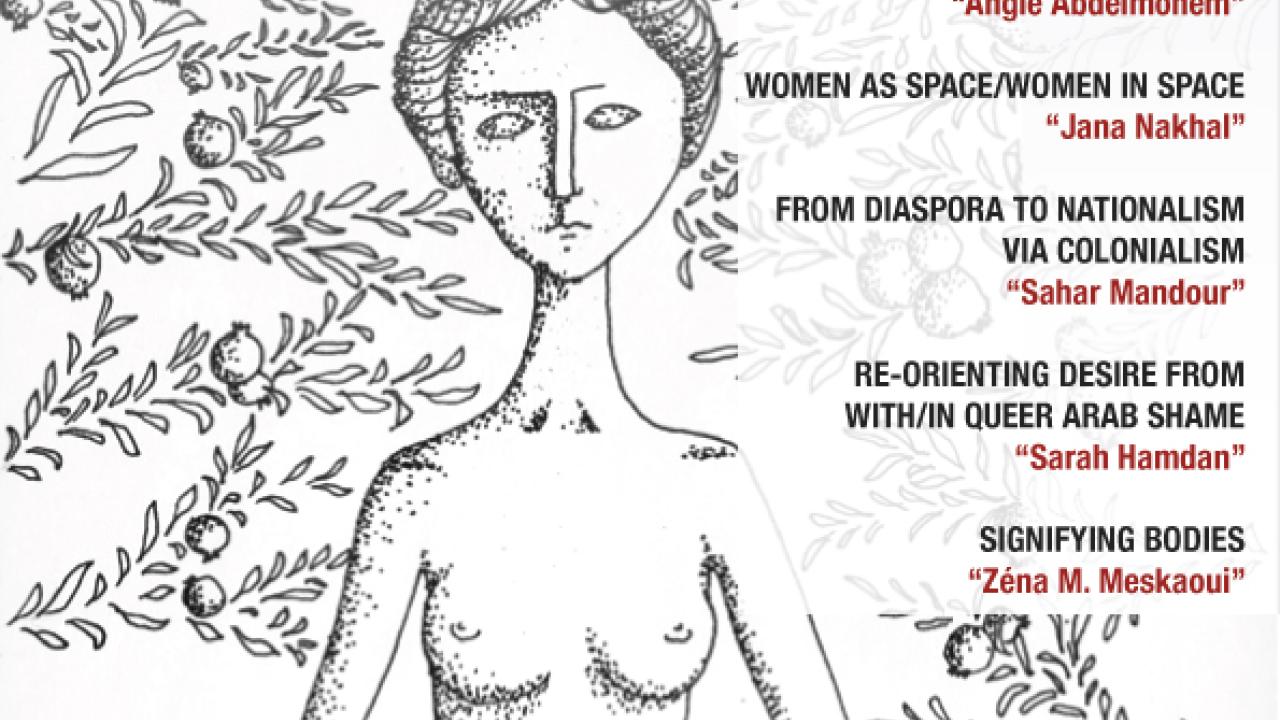 The claim for women’s rights was not an easy issue even more than a century following the emergence of the first signs of an Arabic feminist movement demanding the rights of women/humans, which coincided with the international feminist movement and resembled it both in its demands and its forms of struggle.

The political changes that the region generally and Iraq particularly witnessed made the feminist analysis of reality complex and entangled, and largely associated it with what is known as the feminism of political systems, whereby the ideological conflicts that accompanied the independence and post-independence eras shaped the relationship between the national state and women. The rights and interests of women became dependent on the state’s position and its decision to either involve them in or marginalize them from the national project of the state. This is quite evident through the contradictions found in the legislations of laws pertaining to women and the extent to which they approach the principles of equality and justice, and the personal status law is considered among the most important determinants regulating the power relationships between men and women.

The historical analyses of the women’s rights movement in Iraq and the other Arab societies registers the ways in which women’s groups acted, and highlights their connection to national liberation movements that fought for political independence, the establishment of national identity, and the modernization of society. In fact, the national liberation movements encompassed women’s effort and participation, and these women were simultaneously used as symbols and represented the meanings and values of cohesion and interdependence for men. The nation resembled a woman who needs protection and sacrifice in its name. Eventually, women did not find themselves in the leading positions of the modern national state that was established following the retreat of colonialism, and the new national state could not accommodate women as equal citizens of equal rights, gender rights. That was quite obvious when the nation state left the private sphere of the “family” as it was and kept its particular vision about the traditional household roles of women, and preserved the “legitimate” authoritarian merits of men, guaranteed by personal status laws.

The situation in Iraq was somewhat different, and the contradictions were less severe. Feminist activists, with the blessing of the authorities back then, were able to file a new personal status bill which, at the time, was considered among the best laws in its approach to gender equality and had adopted the provisions of all five sects on the matter. That was in 1959. Since then, the bill has been subject to the dynamics of the political systems that consecutively governed Iraq, and their respective proximity to or remoteness from the Islamic movements that rejected the bill all together, under the pretext of its violation of Islamic Sharia, and that sometimes deleted or modified an article, and other times added a new one.

Feminist movements consider personal status laws an important determinant that indicates the status of women in society, and, at the same time, offers guarantee and protection of any of their acquired rights, even where these are shy or came about in a short period of time. However, the framing of rights by laws does not necessarily mean their application on the ground. Even though the Iraqi law came in the intention of development and reform, and remains the best among the laws of the region, it did not truly entail any change in the face of the ongoing alterations of women’s lives, their realities, and their needs. Iraq has lived through decades of political turmoil, conflicts, wars, and economic blockades that have not been witnessed by any other country in modern history. It is the first country where the era of dictatorial political systems ended, whereby the totalitarian dictatorial political regime collapsed in Iraq in 2003 by international will, when the International Coalition Forces led by the United States decided to put an end to this regime for reasons that are still contested. Thus, Iraq entered the stage of a “compulsory spring” still casting its shadow over the country with a security crisis, armed conflicts, and a sectarian war.

Many issues sparked confusion and puzzlement in Iraq after 2003, including what had become of the situation of women, since they were particularly targeted by the crises and the conflicts. The attempt to cancel the Personal Status Law Number (188) of 1959 was the weirdest and most devastating occurrence to women and the Iraqi feminist movement. This attempt was initiated by Paul Bremer, the United States’ civil administrator for the Coalition Forces, and was done in complicity with and to please some of the same religious figures that had opposed the personal status law in 1959. However, a group of feminist activists fiercely fought for the preservation of the 1959 law (188) and the cancellation of the 2003 law (137) issued by the governing council - the first national body in power after the occupation - that made religion and sect the first reference for individuals in their personal status laws. That law had also eliminated the concept of the civil state and equality between Iraqis before the law, and simultaneously cancelled all the rights acquired by women in the Personal Status Law (188). The group of feminist activists was able to abolish the law (137) and preserve the Personal Status law (188).

However, the battle did not end at that point. The content of the notorious resolution was included in the constitutional article (41) that gives Iraqis the right to reference their sects in organizing their personal status. The feminist activists provoked, again, the public opinion through advocacy campaigns considered a truly unique experience in the history of the Iraqi feminist struggle, for the abolishment of article (41). The article was indeed frozen, and it is now among the constitutional clauses that are waiting for amendment.

In 2014, the Council of Ministers referred the bill (Jaafari Personal Status) by the Ministry of Justice, the minister of which belongs to an Islamic political party, or what is known as political Islam. The aim of that bill was to organize the status of those that follow the Shii sect, and therefore is not binding to those that do not follow it, as they claimed. I will not go into the details of this law that included article (253), but I will mention some of the articles that do not require any explanation or clarification to show to what extent they were a retrogressive step in the issue of women’s rights, as if we had somehow gone back to the beginnings of the twentieth century:

Article (50) about child marriage where the law stated, “The mature and Muslim father and grandfather have the exclusive right of governing the marriage of minor boys and girls and the crazy, whose craziness is pending till their puberty.”

Article (60) about polygamy: “It is not permissible to marry a fifth woman so long as the other four remain married to the man” which means that a man can marry up to four women, and may marry another woman if the four were not his wives at the same time.

Article (101) about the right given to men by their wives: “First, she ought to give herself to him and to allow him to approach her and to grant him other fixed pleasures as stated by the contract, meaning whenever he pleases, and not prevent him from doing so unless she has a legitimate excuse, and she may not do anything that would jeopardize his right of enjoyment. Second, she may not leave the conjugal home without his permission.”

Article (108) about the cases in which the wife is discordant: “If the wife is discordant by completely preventing her husband from the right of enjoying her, her right to alimony is dropped and her rights to shelter and intercourse are lost. If she abstains a few times or leaves the home without the permission of her husband, her right to alimony is not lost” but the husband is not considered discordant – for the same reason – unless he abstains from approaching his wife for more than four months (same article).

Article (118) about custody: “If the parents separate and the mother marries someone else her right to custody is lost and custody is particularly granted to the father and the right of the mother to custody does not return even if she separated from her second husband.”

Article (126) about alimony: “The husband is not obliged to spend on his wife is his wife was too young for her husband to enjoy her.”

Article (147) about divorce: “Divorce is irrevocable and the husband is not allowed to get back with the divorced whether she has a Iddah (period of waiting) or not, and is divided into: a) divorce of a minor that has not reached nine (9) where the man intentionally or suspiciously entered her.”

These are some of the provisions that the new Jaafari law dealt with, and most of them are immensely far from the texts included in the Personal Status Law (188) applied in 1959. The most dangerous of these articles are those that pertain to the marriage and divorce of minor girls, even though the legislator of the Jaafari law did not specify nor set a minimum age for child marriage, which means that the guardian has the right to wed a boy or girl even if their age was one day! However, the law mentioned the age of nine (9) for a child wife – or as it called her the minor – in article 147, in which the immaturity of the reproductive system of the child that prevents the man from “enjoying her,” became the cause of putting jurisprudential legislation to govern this inhumane case.

The draft Jaafari law for personal status was put on hold after the advocacy campaigns and the pressure generated by activists and the civil movement on the government and the parliament, but this does not mean that there no political will still trying to pass it. Here, the great challenges that are faced by Iraqi women, particularly the activists, are clear. These challenges are old and new, and the achievements are met by problems. The percentage of political participation of women in Iraq is not present in most democratic countries, since the Iraqi constitution established a quota system for women, and set the proportion of women in the parliament to be at least 25%. At the same time, illiteracy rates are skyrocketing in a dangerous manner. There is a clear and large presence of women in the public sphere that takes several political, social, cultural, and religious forms, and an important participation in civil society organizations, but there is also a frightening rise in the rates of violence against women in the absence of the rule of law due to the deterioration of the security situation and the weakness of law reinforcing bodies.

Some of these problems are fabricated by a political will that wants to accomplish its authoritarian agenda and tries to centrally involve women in its ideological/Islamic rhetoric, in the frame of contrasting it with that of other “secular” currents and movements, and the other part is the result of the political and social circumstances that the Iraqi society went through.

However, despite all the challenges, old and new, the Iraqi feminist movement has had a clear presence on the political arena, and it has imposed the feminist will led by groups of women activists who proved that the wheel of time moves by steadily removing all the obstacles set by the patriarchal power.