Who is the migrant in “Migrant Suicide?”

Emily McNutt Yue is currently studying for her PhD in “Migrant Suicide” at the University of Edinburgh. She utilises critical suicide studies, critical mental health studies, critical race studies and decolonial praxis to question the decontextualized “globalised” version of suicide that has been dominant for the last century. Instead she seeks to turn the lens back on “Suicidology” – the authorship of suicide by Western scientists and medical professionals – to situate it as a cultural practice informed by a limited and limiting lens of privilege. In doing so, she hopes to make a case for more intersectional suicide reporting and research 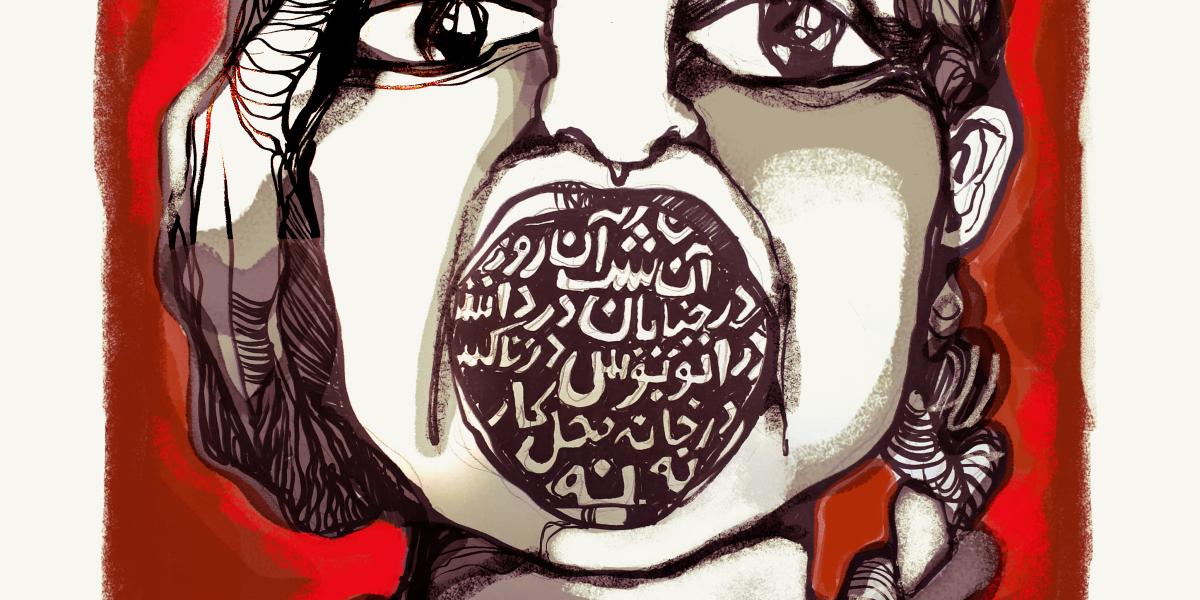 My mother recently told me that not long before he died, my father burned his birth certificate. When the certificate was issued, it inscribed, “the balance of his mind was disturbed.” We don’t know if he was trying to change the narrative of the life he planned1 to leave behind, or simply to erase his trace.

The real surprise was that my father’s parents were alive, and living nearby with an aunt and cousins I didn’t know I had. When my mother informed my father’s ex-wife of his death, she passed on his parents’ contact details and asked not to be contacted again. We don’t know why he told my mother he had no family apart from us. When he found out his brother had died by suicide in the years before his own,2 he told my mother it was a close friend.

There are many threads indicating the “reason” for my father’s suicide. He lost his job and spent my mother’s money on an unsuccessful smallholding. He lost his brother to suicide and for reasons unknown to us, pretended his family were all dead.

But when the coroner diagnosed “non compos mentis,”3 my father’s agency in taking his life, and in the acts prior to his death were erased as the acts of a mad man.

I felt there was something more to my father’s death than the “male suicide crisis” (Samaritans 2012, Calm 2019). We don’t have death reporting by ethnicity or migrant status in the UK4 so the male in suicide crisis is assumed to be universal, which we know means white (Said 1978). I reviewed literature on “migrant” suicide and found that ethnic minority and migrant people tend to die by suicide at higher rates than “host” populations (Forte et al. 2018). Many of the authors try to explain these discrepancies away via cultural difference: either that the subjects had trouble settling into the host community or that they had brought over their trauma or mental illness from their own country (see e.g. Cochrane and Bal 1987). These different variations of the same arguments are code for blaming these suicidal subjects for their otherness. But such unreciprocal justifications can’t explain why the children of migrants/second generation migrants like my father and his brother have much higher instances of suicide in many cases (Forte et al. 2018).

Writing my masters dissertation during the BBC’s Mental Health Awareness Week in May 2019, I watched an episode narrating writer Alistair Campbell’s experience with depression.5 He spoke to a psychiatrist who uses the analogy of a jam jar to explain propensity to mental illness. She fills her theoretical jam jar with genetic factors on the one hand and environmental or “experiential” factors on the other. She says that we all start out with a certain amount of genetic vulnerability in our jar but over time it can fill up with stressful experiences. Protective factors such as sleep, nutrition, and good social support can all help the jar grow to reduce the chance of it filling to the top and causing an experience of mental distress (see Bungra and Jones 2001) or suicide. Instead of blaming second-generation migrants, who, like my father are often born in Britain, for their suicide, it is culture “conflict” (Brah 1996) rather than cultural “difference” – that is, host racism and migratism6 – that is productive of the unliveable lives (Berlant 2007) that suicide offers “migrants” a response to/escape from.

Suicidology – the research and prevention of suicide by scientists and medical professionals (Marsh 2010) – has for a century framed suicide as the result of a pathology internal to the individual. Its predominant authorship by white, privileged Western men (White 2017; Tuhiwai-Smith 2012 on research in general) presents suicide as acultural and decontextual, and is not privy to the lived reality of oppression and of being the recipient of structural hatred or disgust (Tyler 2013). I found the jam jar analogy a useful tool for expanding this lens to understand suicide as always contextualised, produced by and with experience; and for deconstructing suicidology as a performative (Butler 1990; Jaworski 2010) social practice (Fitzpatrick et al. 2015) reflecting the limited lens of its privileged authorship. I wondered if there was, or should be, a “crisis” of migrant suicide.

The 21st century has been marked by crisis (Stamenkovic 2011). The “crisis” of immigration was invoked for the UK’s Brexit campaign which used “migrants” regardless of their actual reason for moving on the one hand – whereby reliance upon colonial amnesia erases the windrush generation migrating to the UK at the request of the empire to provide human resources. On the other hand, physical migration is invoked so that non-white British citizens are migratised as non-belonging despite being born here (Tudor 2017). The nationalist campaign mobilised this moral panic – which differentiated between “good” (economically productive, medical professional) migrants against “bad” (benefit scrounging) immigrants – to create a fictional white Britain against an enemy invader, excess, other (see Fang 2019).

So a migrant suicide crisis doesn’t appear to fit within this political landscape. The immigration “crisis” refers not to the displacement of humans, but to Britain being infiltrated with otherness, generating policies like Theresa May’s 2012 “hostile environment” to mobilise and pit against each other, “good” versus “bad” migrants (Global Justice Now, 2018; The3million.org.uk, 2019) to serve the real (read white, without foreign accent) British people. The UK’s hostile environment seeks to root out and expel illegal immigrants (migrants without settled status, a status achieved by living, documented, in the UK for 5 consecutive years with no more than a 6-month break) by limiting their access to life-making resources (Berlant 2007) like housing, employment and healthcare.

But more than limiting practical life-making resources (Berlant 2007), the anti-immigrant narrative is hostile to “migrants,” however defined. Note that the term normally refers to people of colour; the white British abroad are not migrants, but expats (Kunz 2010). Cederberg (2014) narrates the constraining experiential realities of being constantly reminded that your belonging is precarious (Fang 2019), contingent on the whims of the latest election campaign. Similarly, Fang (2020) writes of the materiality of the hostile environment, of negotiating white in-laws complacent with “deserving” British citizenship, while receiving anxiety-inducing Home Office correspondence dictating her life path (Fang 2019). Thus practicing the difference between what Berlant (2007) deems life-“making” and life-“building” resources, are those who are able to live the “good” life (Ahmed 2010) that belonging engenders, and those “others” who are kept alive to live a slow death.

There is no migrant suicide “crisis” because migrants are not real Brits and therefore not considered undeserving of “our” resources or attention. The UK’s failure to record death based on ethnicity and migrant status is not mere oversight. Instead, it reflects its colonial amnesia and its fictitious universal white citizenship. With the eternal status of temporality given to “migrants,” who are never quite belonging or able to meaningfully claim Britain as home, “settled status” gives way to the next anti-immigrant policy in years to come. The lack of official statistics for “migrant suicide” means there is no proliferation of funding and prevention campaigns like those deserved by white men (Michel et al. 1995; Cha et al., 2018; Polanco‐Roman and & Miranda 2021), where an intersectional lens would help to account for the nuance, complexity, and inequality of life and death across the nexus of privilege and oppression (Chandler 2019). Thus, presenting migrant suicide as yet another “crisis” would work to obscure the reality that socially deviant populations – rule breakers of normativity vis-à-vis their inability to live up to whiteness, are those destined for the inequality and lack of life-building resources which are productive of an unliveable life (Sjöström 2018; Berlant 2007).

I would like to think that the unmistakable visibility of racial (and migratist) inequality brought to light by 2020’s COVID pandemic crisis7 would spark a revolution against the UK’s performative abjection of non-white Britons. I hope it does so to the extent that we rethink mental health (both experience and diagnosis) and death inequalities among ethnic minority and migrant people (Nazroo et al. 2020), not as coincidental or even inevitable but as performative and therefore with potential to reimagine. This potential is contingent upon interrogating our lenses and whose perspectives they delegitimise (Tuhiwai-Smith 2012; Cederberg 2014). I offer my auto-ethnography8 of my experience of my father’s “migrant suicide” as an interruption to the UK’s current “crises” of masculinity9 and immigration, and more broadly to our ongoing landscape of crisis/emergency. Narratives which go against the grain of the “set text” of crisis reveal the foundations of these emergencies as produced by and productive of inequality in the hope that we can heal and create alternative possibilities for life (and death), for those who were never meant to survive.

When I Am No Longer Here: A Feminist Collaborative Autoethnography of Queer Muslim Death and Burials

August 4th and Saving Face: A Tango between Reality and Metaphor