The Belly of the Vortex

Sabah is the editor of the Arabic version at Kohl and the curator of the dossiers. She worked in the written press in Lebanon. She is a feminist interested in labor issues and workers rights. 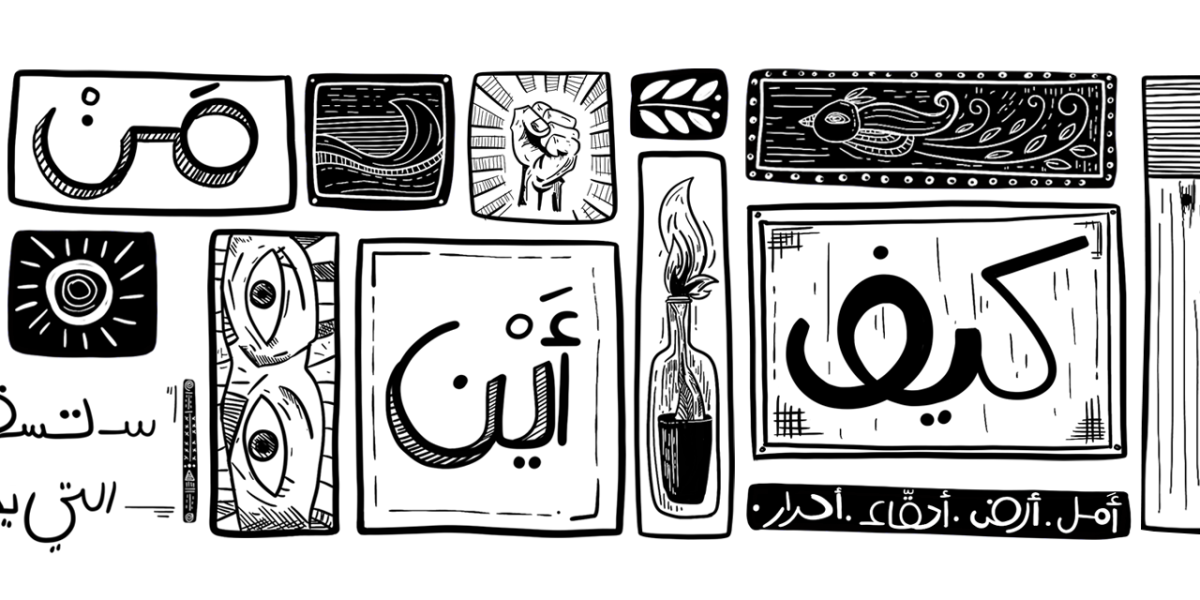 How
Where
Who
When

There will come a day when we topple all that shall be toppled.

How do we make sense of asking those caught up in a whirlwind, to think about overcoming its drifts? What sense is there in asking them to write down those thoughts clearly and coherently in a manner suitable for publication? What realism does such a call hold, if any? Is it humane at all? These troubling queries have been invoked all over the long process of producing this dossier, making us question the worthiness of all that is that we do.

Half the members of our editorial team were working within Lebanon, a country witnessing one of the fiercest economic collapses in its history. The other half resides outside its borders, bearing a compounded weight of this downfall from an encumbering distance. That was the shape of us as we approached people carrying the weight of a crushing global crisis, each in the vicinity of their own countries’ predicaments, asking them to share their understanding of the road map ahead. Have we completely lost our minds in that undertaking? Was our call a mere manifestation of our survival instinct as the specter of death has been seeping into our daily realities? Or was it a translation of the duty to rise, to retrieve all that was forcefully taken from us, to act upon our conviction in the inexorable fight to change the existing course of reality as an act of queer feminist praxis?

How do I communicate from Lebanon with a writer residing in Sudan, when the timings of power outages in our two respective countries conflict? What is there to say to those who are late in responding to messages, when you know they are residents of Iraq, Syria, or India? A reassuring message about their wellbeing becomes all you could wish for after any of their abrupt disappearances. I was ardently working on conversing for hours with several factory workers and unionists in Bangladesh, recording the dialogue and broadcasting it on our website, and yet, all the technical, psychological, and epidemiological obstacles in the world combined to fend off our collective efforts.

We work amid devastating conditions in a global South that has been exhausted and in turn remarkably exhausting to its people long before the covid crisis and its repercussions set foot, laying more burdens down on our daily lives. The severe state of perpetual crisis produced by global capitalism was only complimented by the spread of the pandemic. During 2019 however, many cities and countries became a stage for labor demonstrations, protest movements, and strikes around the world. North and South, most of those movements called for a restructuring of the conditions of life, work, and society derived from the realization that “we are the 99%, and we are not well.” But the past two years featured an intensification in adverse experiences haunting the individual and collective spaces of society. Meanwhile, the downtrodden classes, that were heaved into quarantine, silence, isolation, brutality, and depression, continued to be squeezed between two evils: death from infection or death from starvation.

It is not the first time that we cry out loud: “All this must end now, what is to be done?”. We evaluate our past, review our experiences, refuse our realities, confront them, then get fought back, crushed, and defeated, all to rise up again and again, refusing and confronting our oppression in an ever eddying whirlpool. But again, what is it that shall be done?

We were late in launching the dossier and in publishing it, but we wrote and drew and circumvented the disruptions of communication networks. We discussed our issues freed from the burden of providing decisive answers and ready-made alternatives. But the most vital part of our collaboration was that we disturbed the solitary pockets of our lives and keenly reassured one another. The participants poured their hearts into their works, narrating their personal experiences and thoughts on building parallel worlds, bequeathing tranquility amidst the destruction. Their works describe how they observed the imbalances in all their overlapping surrounding systems from diverse standpoints. They depict how they tried to change those realities of theirs through dismantling, constructing, criticizing, and confronting them. Anger exists alongside despair, for as much the longing to escape remains still, the insistence on contesting all that is mislaid never wanes. That was what their words alluded to.

Who knows? The answers may come in the form of unions and radical political currents that fight against those who claim to defend the rights of workers and outcasts of all genders, or in the form of a Palestinian Intifada such as the one that took place last May - an Intifada that restores our hope and reinstates the spirit of resistance and national liberation. Who knows? Maybe, just maybe we did not truly lose our minds in all that we have been undertaking and overcoming, even partly, for the past months.