Writing Beirut: a Collaboration between Kohl and Al-Raida 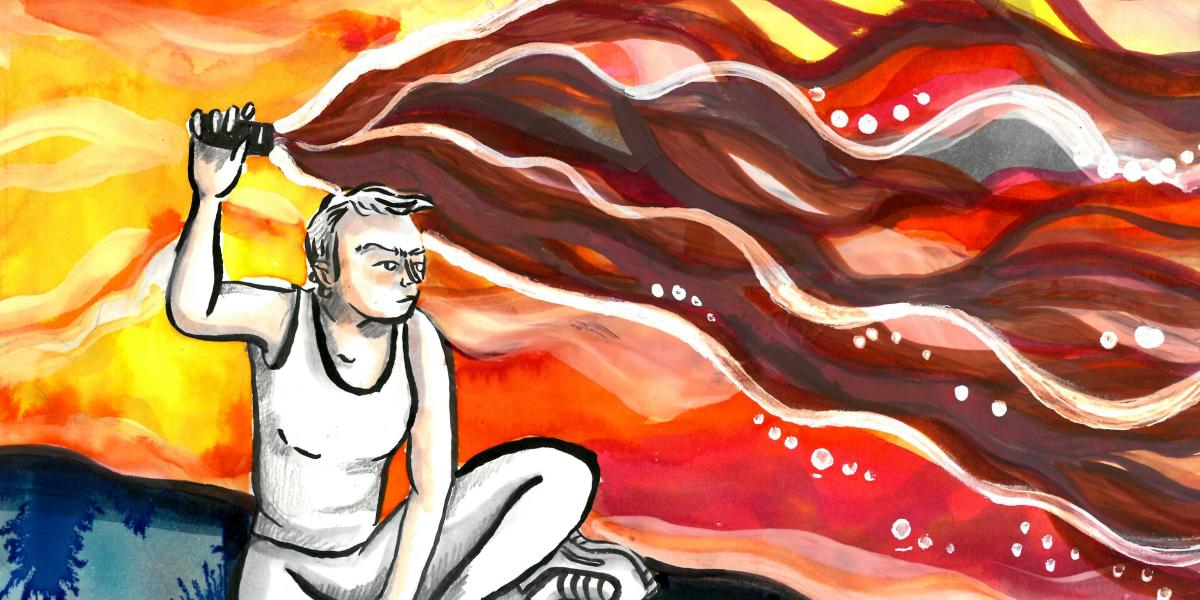 Our feminist histories are laden with radical struggles. For years, if not decades, we have looked at a seemingly sectarian but deeply profit-oriented system in the eye; its undoing became our praxis, and we joined a lineage of feminists who have worked and continue to work towards dismantling systems of oppression wherever they might be located. More visibly since 2019, our political vision took over the streets - that we might no longer compromise, that we might no longer be assuaged by reforms aimed at keeping the system intact. The system, in all its murderous machineries, undertook many criminal wars to ensure its own class survival. Years ago, they had already planted a ticking bomb amongst us. And on August 4, 2020, they blew us up, in all impunity, in a shameless bid to keep their wealth and social capital, mocking our pain and the destruction they caused. We mourn our dead and the lives that we live; we find semblants of community support; we put off organizing and mobilizing and negotiating and looking respectable. We resist normalizing our pain and anger. We are not used to this - we should not be used to this.

More than a month following the attack on Beirut and its residents, we innocently thought that, collaboratively, we might be able to put together a coherent thought about what happened and the myriad ways it has affected our lives, and the lives of our coworkers, friends, and families. But in the continuing aftermath of the explosion in the port of Beirut on August 4, 2020, we have been unable to put into words the otherworldly devastation that seems to exist outside of a time-space continuum. Instead, we find ourselves bouncing between bouts of overwhelming sadness and grief, and white hot rage and defiance, amidst rebuilding our homes, our neighborhoods, and our lives. We are not used to this, but our histories, across times and geographies, are histories of dispossession and resistance to the alliance of corruption, resource hoarding, and fear - of us, the queers, the migrants, the refugees, the workers.

In this moment, Kohl and Al-Raida have decided not to return to things as they were “before,” but to stand in feminist solidarity with each other, with our writers, and with all of the people on the ground rebuilding Beirut. Together, we are willing to create and protect a space dedicated to critical reflections on gender, race, ability, and class in the aftermath of the explosion. We would like to resist history rewritten as resilient, and counter narratives that romanticize a city (in this case, Beirut) as it used to be pre-destruction - it remains the site of our multidimensional battles. In this way, we hope to document and spotlight the powerful work of activists, advocates, and workers who reside in the geography of Lebanon as we continue to push for accountability and social justice more broadly. It is also our hope to document the interconnectedness of our struggles against systems that seek to destroy us, and to reflect on transnational solidarity and its potentialities, whether the wars we fight are loud in their visible or silent in their mundane.

Write and rage with us at submit@kohljournal.press

The City that Fled from its Inhabitants